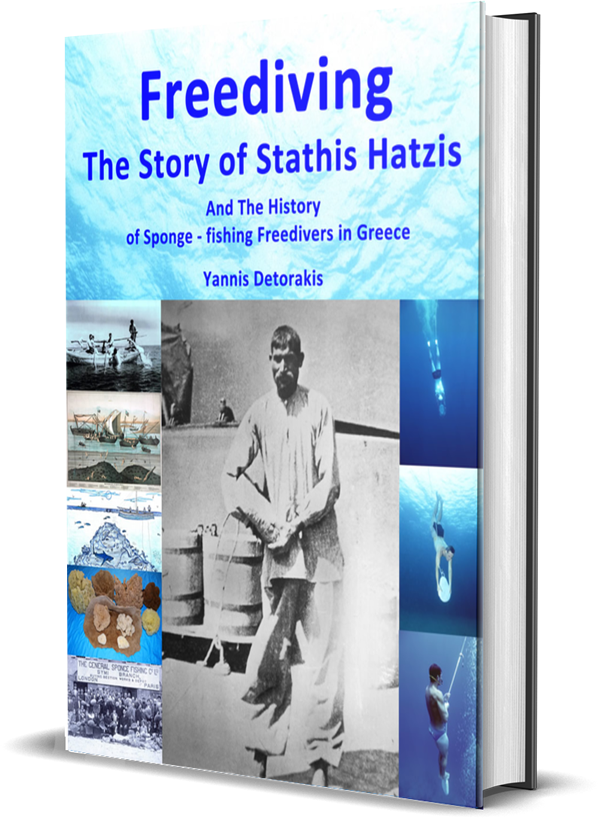 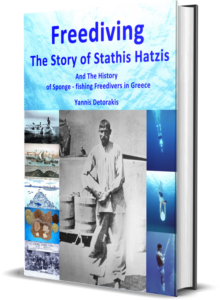 A book by Yannis Detorakis

Stathis G. Hatzis was the head diver among Symi‘s and the Dodecanese‘s hundreds of free divers – sponge divers in the early 20th century. In 1913, he dived to a depth of 88 meters, for 4 minutes, in his attempt to locate and tie the anchor of the Italian battleship Regina Margherita which had been lost on the ocean floor.
The book is the biography of Stathis Hatzis and follows Stathi in his three day adventure to find and secure the lost anchor, making a total of 16 record free dives from 50 to 88 meters depth.

Stathis Hatzis’ unique accomplishment was representative of the incredible abilities of this humble sponge diver, as well as his generation’s, the last free divers – sponge divers, diving with the kampanelopetra, who disappeared along with a unique in the world tradition, which had endured uninterrupted until then, since the depths of antiquity.
In the pages of this book, the adventures and legendary dives of Stathis Hatzis become the reason to chronicle the entire history of free diving in Greece, from its origins in ancient times to the late 20th century.

Rare photos and documents reveal the achievements of an island population consisting of thousands of free divers and their families, who, with Symi and the Dodecanese as an epicentre, achieved greatness in the Aegean for centuries, thanks to the precious sponges gathered from the depths of the Mediterranean and traded in the markets of Europe and America.

Dedicated to the holy underwater lands of the Aegean and the Ionian seas, that for millennia have given birth and nurtured the Greek dive with the kampanelopetra, in the hope that one of the coming generations will nourish these lands, allowing them to once again become a miracle of underwater life,  full of sponges and fish, as a single and indivisible Marine Diving Park,  for the whole of humanity to visit them, to perform their dives and to admire them…

The book that changed free diving evolution, starting from ancient freediving with lanyard

The guide to 20 meters

A complete manual for the 2nd level of freediving

The guide for the first 10 meters

The guide for the first 10 meters

A complete manual for the 1st Level of free diving

A complete manual for the 3 levels of freediving

The story of Stathis Hatzis

And the history of sponge fishing free dives in Greece

A complete guide for the three levels of freediving 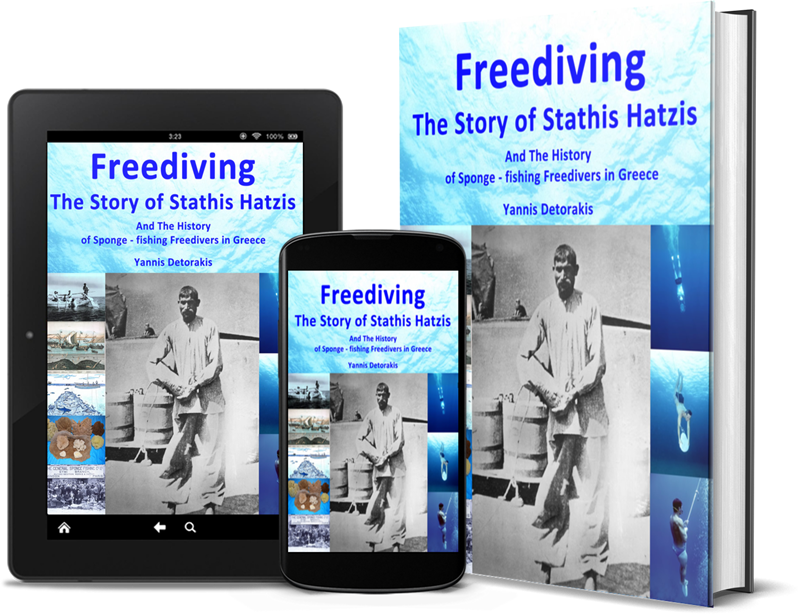 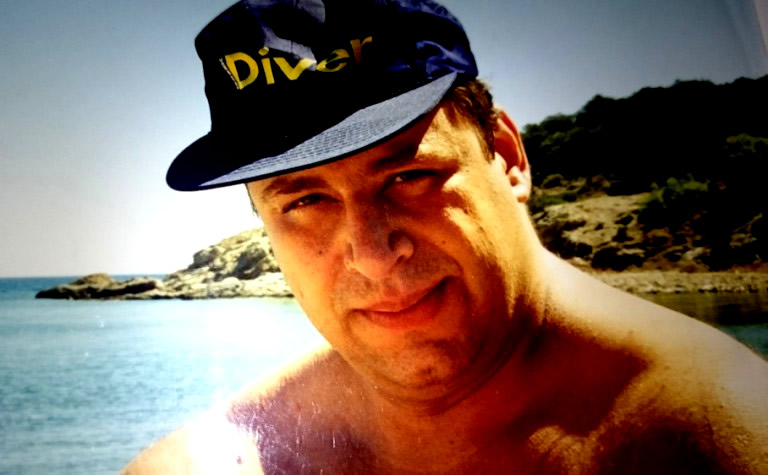 Check on our latest news